The Smarter Way to Manage Transformation in Your Environment 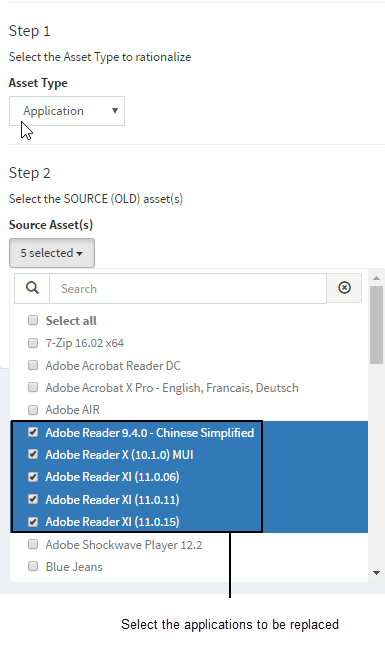 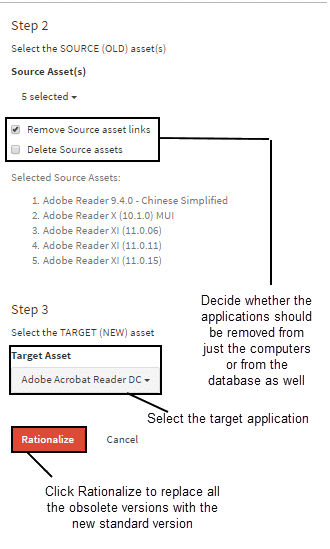 It’s not uncommon for an organization’s initial list of applications to be ten times longer than the eventual list. The initial list will include multiple versions of the same application, components broken out instead of being listed as a single application, and OS updates and hotfixes. Reducing this list to the post-migration application list that’s being vetted and standardized is a continual process.

EMMA’s Rationalize Assets tool plays a vital role in this process, allowing you to simultaneously update your applications and the computers associated with those applications with just a few clicks.

For example, once a decision has been made that Adobe Acrobat Reader DC will be the standard PDF reader in the new environment, you’ll want to ensure that all the alternative PDF readers are replaced by the new standard on all machines.

Once you’ve selected the application asset type, you can select all the obsolete PDF readers in the source section and identify the standard PDF reader in the target sections. Clicking the Rationalize button replaces all the earlier versions with the new standard on all computers.

Request a live, no pressure, demo to see if EMMA makes sense for your organization (It does!)